Generosity: Become a doer of the word! 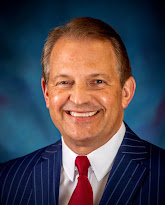 By: French B. Harmon, PhD

Many people in Kentucky were touched by the generosity of the late Ward F. Correll. International Mission Board (SBC) President Dr. Paul Chitwood said, "Ward Correll was the most generous man I've ever met." Among his many recognitions was a 2003 award as Philanthropist of the Year by the Association of Fundraisers, Bluegrass Chapter. This Baptist laymen from Somerset understood many of biblical principles regarding generosity and sought to live with a grateful attitude toward the things of God.

As Mr. Correll's pastor, I was honored to preach his funeral in 2016. As believers, we acknowledge a "person preaches their own funeral" but he certainly gave me plenty of biblical examples to share on that occasion. Here are few of the principles that were presented

The poet Deborah Ann Belka wrote about being a generous and kind person. She was inspired after reading Galatians 5:22-23 and the fruit of the Spirit.

it can go a long, long way

to energize and cheer up

someone sad you meet today.

let goodwill be what you sow

how they make others feel

you will never really know."

French Harmon is president of the Kentucky Baptist Foundation.